Most antibiotics in clinical use are derived from natural products (NPs) made by actinomycete bacteria, most notably Streptomyces spp, isolated and cultured from diverse soils and sediments during the 1940s-60s. Since then, the isolation of new NPs has been hampered by the problem of rediscovery, i.e. finding the same strains and antibiotics over and over again from soils, and this is one reason that the major pharmaceutical companies abandoned NP discovery. Recently, however, there has been resurgence in interest in developing new antibiotics, primarily because of the rise of antimicrobial resistance (AMR). New NP discovery efforts have been driven by this need and by the realisation that most actinomycetes encode silent pathways, that is biosynthetic pathways for NPs that are not made under standard culture conditions. Genome sequencing and analysis (genomics) has shown that silent pathways represent up to 90% of encoded NPs which means that we can discover many new antibiotics simply by forcing strains to make these compounds. This has proven effective even with actinomycete strains isolated from soils many years ago but we are further increasing our chances of discovering new NPs by investigating new strains isolated from environmental niches that haven’t been explored before. Over the last six years we have isolated >400 actinomycete strains from Acromyrmex “leafcutter” ants, a South American genus of ants which feed leaves to a co-evolved fungus that they farm for food and which grow symbiotic antibiotic‐producing actinomycetes on their bodies to protect themselves and their fungus against infection. Preliminary analysis of several strains suggests this environment is enriched for strains producing novel NPs with antibacterial and antifungal activity. Using Norwich Research Park translational funding we are scaling up our efforts by generating complete genome sequences for 50 of these strains so we can identify those with the most novel NP pathways (which we call the ‘talented’ strains). NPRONET funding will enable us to employ a PDRA for 6 months to use chemical genetic techniques and varied culture conditions to activate novel pathways and identify the products of these talented strains.

One of the greatest threats to public health in the 21st century is the rise of multi-drug resistant bacterial infections, which has been caused by a shortage in new types of antibiotics, as well as the improper use of antibiotics in medicine and agriculture. This has prompted the World Health Organisation to warn that “the need for action to avert a developing global crisis in health care is increasingly urgent”. One incredibly rich resource for antibiotics are microorganisms that live in soil, and the majority of clinically used antibiotics come from these bacteria. These bacteria have evolved the ability to produce natural products with excellent antibacterial activities, but one of the of the chief bottlenecks in studying these antibiotics is the downstream processing and isolation of these natural products, which are often produced in small quantities in complex media. There is therefore great interest in innovative generic solutions to increasing titre that can be combined with conventional attempts to increase production, and there is evidence that mechano-chemical stresses and cell wall changes can influence natural product yield. Celbius Ltd. is an SME that aims to commercialise the application of low‐power ultrasonication in the bioprocessing industries. This project will establish a collaboration between Celbius Ltd. and the Truman group at the John Innes Centre (JIC), whose research concerns the biosynthesis of bacterial natural products. We will evaluate the use of low‐power ultrasonication to enhance the production of a clinically promising antibiotic produced by a Streptomyces strain. In addition, we will assess the general effect that low‐power ultrasonication has on total secondary metabolite production, which could lead to the generation of novel antibiotics. The only published study on the effect of ultrasonication on natural product yield in Actinobacteria used highly aggressive conditions and these findings were not followed up. The overall aim of this project is a proof‐of- concept study to determine the effect of low‐power ultrasonication on antibiotic production. If successful, this will lead to wider use of this innovative approach and a deeper exploration of possible mechanisms.

Type 1 Polyketide synthases (T1 PKSs) and Non-ribosomal peptide synthases (NRPSs) are nanoscale factories which produce a range of pharmacologically important antibiotics. A key feature of these systems is their composure from modules that each add a substituent of the backbone and additional cassettes that allow these substituents to be tailored before or after they are joined to the growing chain. The variety of natural pathways that are known to exist demonstrates the great flexibility with which these modules and cassettes can be combined and this has prompted numerous attempts to generate novel pathways using standard cloning or more recently synthetic biology approaches. Although there have been some successes these attempts have often demonstrated how little we understand of the rules that govern the construction and function of these factories. One needs therefore to adopt an intelligent approach that maximises the chance of new genetic combinations yielding a product and of these products having useful biological properties. The anti-MRSA antibiotic mupirocin is widely used but can be compromised by resistance which is spreading. Its activity is dramatically potentiated by addition of a pyrrothine moiety at the C-terminus as found in thiomarinol although this antibiotic is not suitable for clinical use due to toxicity issues, so exploring other additions at this position has potential to create new antibiotics. Our recent work has shown that the amide synthase responsible for addition of pyrrothine and related moieties is not as adaptable as we had been hoped. The objective of this project is to explore a different approach that involves creating a PKS-NRPS hybrid analogous to those observed in a number of natural lipopetide systems. Specifically we will use NRPS modules from gene clusters that make lipopetides or involve coupled PKS-NRPS modules to create a junction at the end of the mupirocin biosynthetic factory that allows addition of amino acids to the carboxy end of mupirocin. This will provide the basis for exploring what works and what does not and using molecular modelling to rationalise the findings to establish the rules for creating such junctions. It will eventually allow one to add two or three extra amino acids to these functional junctions to create a very large library of modified mupirocins which can be screened for novel antimicrobial activities.

Antibiotics producers such as the filamentous model organism Streptomyces coelicolor have been widely studied in the laboratory. Such organisms rarely produce >4 special metabolites at the same time under standard solid and liquid growth culturing conditions, while its genome sequence encodes for >30 biosynthetic gene clusters for natural products. Under these conditions, production of natural products most often starts after reduction of the growth rate and in the stationary phase. When the organism is grown under more natural conditions, e.g. in natural (carbohydrate-amended) sand or soil microcosms, upon germination it produces immediately multiple natural products. E.g. the blue-pigmented antibiotic actinorhodin could be extracted and analysed throughout growth in sand-grown cultures of S. coelicolor. Interestingly, at most of the timepoints studied so far 5-13 natural product gene clusters are activated simultaneously, including clusters previously viewed as cryptic or biosynthesizing ‘elusive’ compounds. These findings strongly suggest that natural product biosynthesis is a primary function in the homologous host under natural growth conditions, which, when better understood, could be exploited for drug discovery. The overall aim of this study is to start to understand this process better, thus enabling ‘natural’ exploitation of natural products for drug discovery. The objectives of this project are to obtain Proof-of-Concept data for establishing: – Whether upscaling of sand-grown cultures is achievable with good yields of natural products; – Protocols for extraction and purification allowing analysis of natural products from sand-grown cultures, either singly or as mixtures. The biomimetic approach proposed is an entirely novel addition to current methods that attempt to activate cryptic clusters. The approach can be applied systematically, yielding potentially tens to thousands of novel compounds for analysis. Sand is a clean, inert environmental material, allowing application of the full suite of ‘omics’ and analytical methods thus providing an outstanding opportunity to begin to understand chemical ecology in depth and its exploitation for drug discovery and tackling the problem of resistance to chemotherapy. 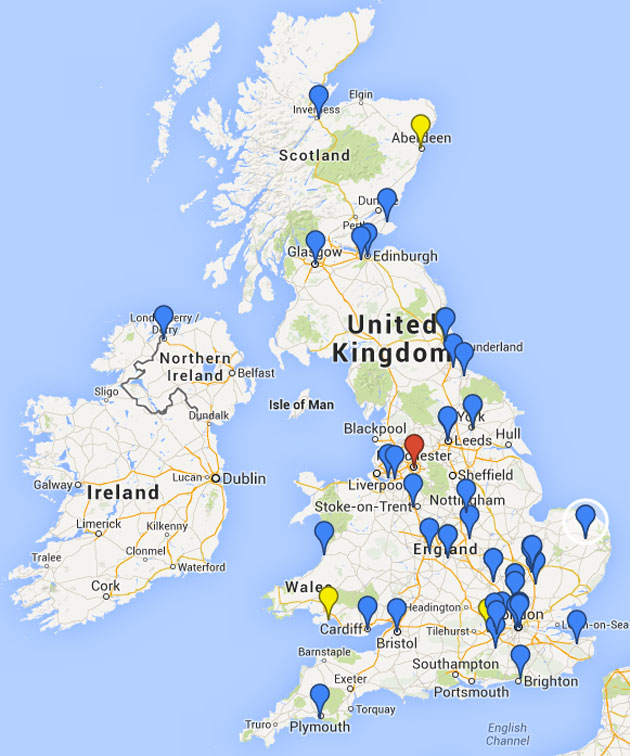